In this article, I´d like to talk about one topic which is not very common in the field of sanitation. I am talking about rentals for portable toilets for any kind of events, construction sites, or festivals, but even for parks, beaches, e.t.c. for the long-term.

Why is it worth talking about it?
The sanitary situation on the sector for portable toilets is catastrophic. Sometimes it is worse than the situation in third world countries! At the moment people leave their homes and go to a crowded place, and it is nearly impossible to find proper sanitary installations. Most of the time they have a disgusting odour, they are stuffed with waste and the dirt doesn´t even let you think about sitting on it. If you know one of these plastic toilets, you will definitely recognize your experience with distaste. The worst situation appears on festivals for 2-5 days. During these events, people don´t have any possibility to enjoy a normal toilet. I have heard about people getting communicable diseases and constipation after such a weekend. So let me ask you, is that a situation which we can except in a far developed society like ours?

Following this main problem, there are also the questions of sustainability in sanitation. The supply of cabins made out of plastic, does not seem to be a good solution for solving greater problems like declining resources of oil and climate change. They are very energy- and resource intensive in their production and cleaning processes. Special trucks are needed to collect the waste, to transport these bulky cabins and to clean the toilets via high-pressured water. A last point to be mentioned is that waste-water treatment is really struggling with the waste in those toilets through tampons or other sanitary products. Apart from that, the nutrients of urine and feaces are lost while treated in those facilities. This should let us also think about the externalities of supplying sanitation facilities.

There is a green solution
To solve the problems we are tackling, we have to rethink the production of toilet cabins, the treatment of the waste, and mainly the service around toilets.

Sustainable production of toilets: The current dominating plastic toilets have two advantages: they are light and they are easy to produce in masses. But using local wood instead as the main component makes it easier to disassembly them. The toilets are also light and it is a renewable resource.

The treatment of human waste: The treatment will be done through composting the collected material, in the same way it is done in private gardens or Ecosan projects. Sustainable mobile toilets are composting toilets. This means that there is a barrel under the toilet seat which can easily be removed and exchanged. Also there is no energy and no water used to convert human waste into valuable humus.

Service around toilets: It starts with using grid material to avoid any kind of distaste and odour. To achieve this, chipped wood will be used. This can easily absorb the moisture and is biodegradable. Also there is a need to raise awareness for sanitation, which can be achieved by having an employee who supervises the toilets and promotes sustainable sanitation, or through special offers like Tippy-Taps or music.

The revolution already started! But just began in central Europe.

If you do a quick Google search, you will find some worldwide festivals which are trying to have a share of 100% from sustainable toilets. Some examples include the BOOM festival in Portugal, Natural Event in Australia, and many smaller suppliers in England and France. Their goal is to make sanitation fascinating. Thus they have colourful toilets, easy-going staff, or even a DJ. There are actually people dancing in front of toilets. Some of the suppliers are taking a pay-per-use fee, some get paid by the organiser. But what they all have in common is the problem of logistics. Because serving toilets and treating faecal matter of 1000s of people needs a master plan. Mostly there are waste containers used, because the wheels lighten the transport. Afterwards it will be collected in larger containers and transported to a local farmer or any other composting site.

That works well for festivals, where mostly young people go to and most of the festivals in Europe try to start building their own composting toilets. But how is the market for one-day events like a street party, a family party, or construction sites so far? For that kind of service there is still no clear answer. This is mainly because organisers don´t know about this alternative. Another reason is the higher price that is still needed; like in any other breakthrough technology, new competitors have financial disadvantages.

In Germany and Switzerland, a few smaller companies were established in the last two years. EcoToi is working in the area of Berlin, nowato in Frankfurt/Main, Goldeimer in Northern Germany and Kompotoi in Switzerland. Thus, they are spatially separated and can´t compete with each other. But every one of the companies has the same problems:

One advantage all the teams have right now is that some social groups are willing to pay a higher price for a green product. Almost every of these firms want to donate their gains to sanitation projects. This kind of corporate sustainable responsibility is well appreciated by the costumers, though the gains are too small until now, to create a noteworthy impact. The fact that these toilets offer more comfort is very important for those users. Also, there is still some uncertainty about the law situation for recycling of human waste. Until now mostly farmers and biogas plants take care of it with their own responsibility. But still the major target for the future will be to be financially independent and to up-scale the business and compete with conventional suppliers.

What do you think about the way to make sustainable portable toilets well-known as a better alternative? Should there be room for this kind of innovation?

Only one third of all people wash their hands with soap after using the toilet or before
eating. The consequences are fatal. Each day, about 3,600 children under five die from diarrhea.

Diarrheal diseases in children are still the second most common cause of death. Medical studies show that regular hand washing with soap can prevent half of all diarrheal.

In Europe alone, the annually recuring influenze epidemics or severe virus epidemics could be tackled through improved hygiene. The EHEC epidemic in Germany in 2011, or the recently imported Noro virus from China which paralyzed many students in German primary schools, clearly demonstrate the need for regular handwashing with soap. It’s so easy, yet often neglected. 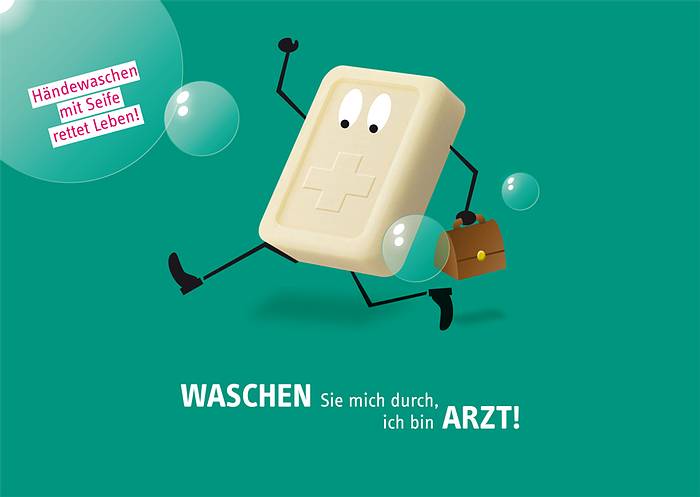 To raise awareness for the need of regular hand washing with soap, the German Toilet Organization e.V. will today celebrate Global Handwashing Day 2012 at Gendarmenmarkt in Berlin – along with students from four schools in Berlin. The art installations by the students will show the importance of hand washing with soap and also demonstrate why toilets are an integral part of healthy living.

Around the world, over 200 million people are involved in celebrations in over 100 countries. Global Handwashing is endorsed by a wide array of governments, international institutions, civil society organizations, NGOs, private companies, and individuals.

So, what is your local community doing on Global Handwashing Day 2012?

An increasing number of German NGOs are showing interest in implementing sustainable sanitation within their projects. In order to support these efforts the German Toilet Organization (GTO) in cooperation with gtz-ecosan will be offering a two day seminar on the 23rd and 24th of October 2010 at the GTZ headquarters in Eschborn, Germany. A further seminar – supported by LEZ Berlin – will be offered in Berlin on 27th and 28th of November 2010. 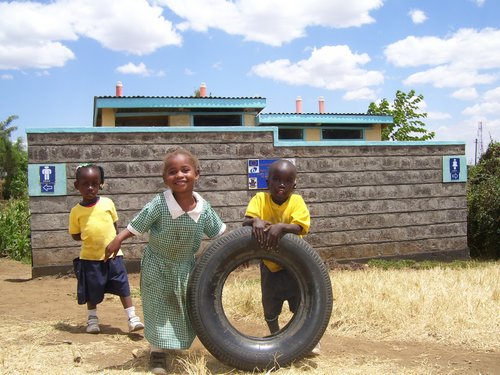 The aim of the training sessions is to discuss how specific technological solutions and sociological approaches can be applied, as well as giving an insight into the particular problems that may serve to hinder successful project implementation. Focus will be on sanitation systems and hygiene awareness raising for schools and public facilities in developing countries.

For more information (in German) or to register, please visit the GTO homepage: www.germantoilet.org and see the following PDF (in German, 0.1 MB).

Updates concerning the seminar will be posted here (in German):
http://www.germantoilet.org/en/projects/ngo-training.html