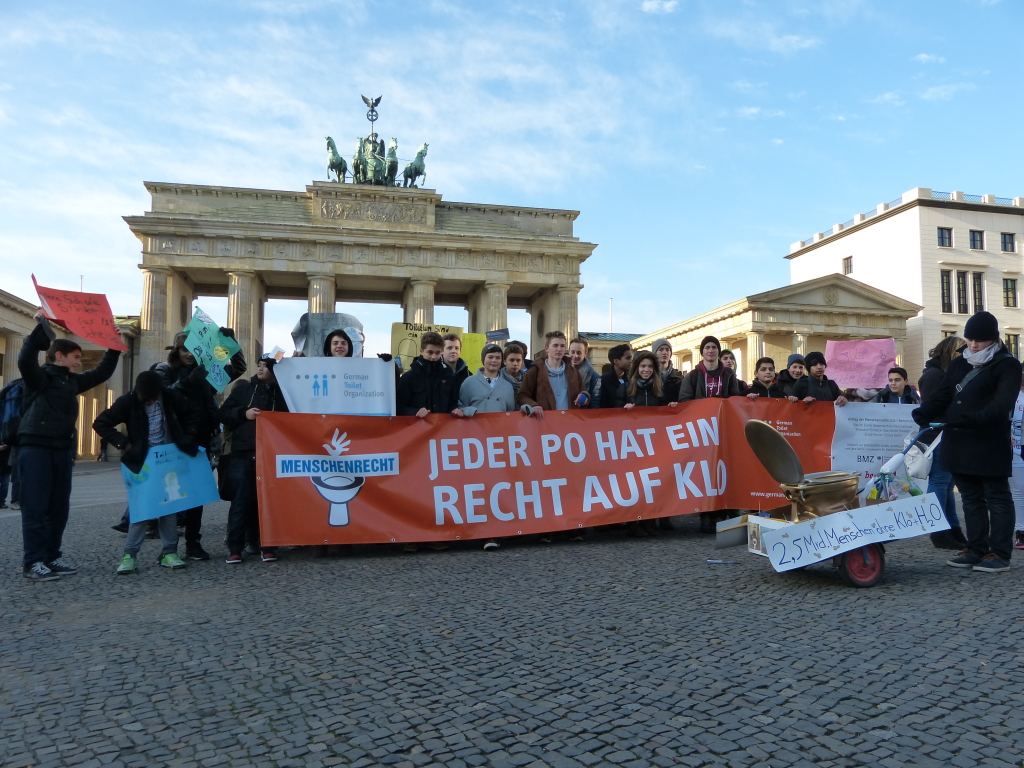 “Every bum has the right to a loo” – pupils from Berlin and Potsdam demonstrated for the Human Right to Water and Sanitation in front of Brandenburg Gate in Berlin on December 10th, 2014.

Although the United Nations have officially announced the Human Right to Water and Sanitation in 2010, still 2,5 billion people worldwide do not have access to adequate Sanitation facilities (WHO/UNICEF). Regarding the Human Rights Day on the 10th of December, pupils from Berlin and Potsdam demonstrated together with the German Toilet Organization and called for worldwide solidarity, as everybody has the right to a toilet, no matter where from, or any cultural background.

After a press conference at the German Institute of Human Rights, the pupils marched through the streets of Berlin, passing checkpoint Charlie, to the Brandenburg Gate.