The following post by guest blogger Thilo Panzerbieter of the German Toilet Organization (GTO) refers to the GTO activities during WWD2013:

On this year’s World Water Day, 200 school pupils from five schools assembled at Berlin’s Brandenburg Gate and confronted Germany’s Federal Minister of Development, Dirk Niebel, with “dirty water”, placards and various other diplays. This provocative gesture intended to remind Niebel that 783 million people still live without access to clean water and 2.5 billion have no adequate sanitation.

The school children highlighted that the consumption of contaminated water causes more than 3.4 million annual deaths and demanded more prioritisation of the topic. Beside causing cholera, typhoid and other diarrheal diseases, insufficient water, sanitation and hygiene results in children missing 443 million school days per year, according to UNDP. 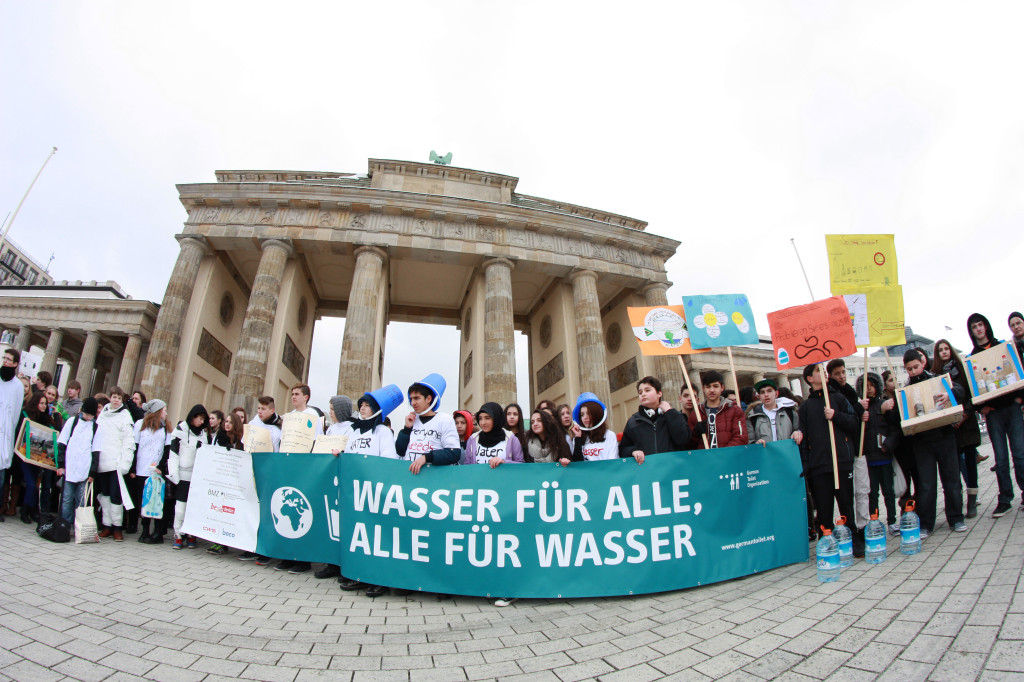 Federal Minister Niebel thanked the students for their creative presentations and agreed that water is the most valuable good, which cannot be replaced by anything else, and which is not available in sufficient quality for most poor people. He stressed that he is also working for improved water and sanitation, despite the taboos associated with “toilets”.

In order to show solidarity with the many children that have to carry water over great distances in other countries, the pupils in Berlin continued on a public demonstration through the governing quarter of Berlin – making lots of noise for an issue which causes way too many silent deaths world over.

Hi, I am an engineer who freelances in water & sanitation-related IT projects. You'll also find me on Twitter @saniblog and Instagram. View all posts by jke

One thought on “Caution: Cholera!”